A paper by Gede Primahadi Wijaya Rajeg, I Made Rajeg, and I Wayan Arka has just been published in the LFG’20 Proceedings. The title of the paper is Corpus-based approach meets LFG: the puzzling case of voice alternations of kena-verbs in Indonesian.

Prof. Dr. Ketut Artawa, the leader of the Indonesian Language research strand of CIRHSS, was one of the keynote speakers in the online National Seminar at the University of Halu Oleo, Sulawesi. Prof. Artawa delivered a talk on Linguistic Landscape. 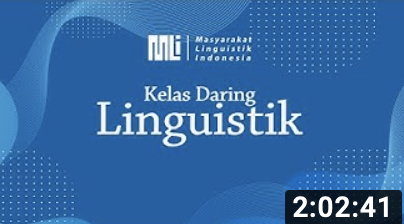 The topic of the lecture is an introduction to corpus linguistics as a method for combining qualitative and quantitative approaches to language (Pengantar Linguistik Korpus: Perpaduan Pendekatan Kualitatif dan Kuantitatif). Below are (i) the recording of the talk, (ii) some pictures post-lecture on MLI’s Facebook page, and (iii) slides for Gede’s presentation and Karlina’s supplementary materials and slides.

The schedule for ICAPaW 2019 is now available as PDF file. Click here!

Note: Technical details on the payment and registration procedures will be updated here.

The conference schedule can be downloaded here.

The full proceedings with persistent DOI can be downloaded from Zenodo.

For the Master Class, there is a scholarship available from The Wurm Foundation. To apply for it, please send your most recent CV and academic transcript to icapaw2019@gmail.com. As the email subject, please put “ICAPaW2019 Master Class Scholarship Application”.

The deadlines to apply for the scholarship is on 19 July 2019.

The outcome of the scholarship application is on 31 July 2019.

Reconstructing past vegetation cover through the study of microscopic plant remains preserved in sedimentary environments – otherwise known as palaeoecology – provides an important window into the nature, pace and direction of environmental change through time. Existing lines of evidence point to significant changes to biodiversity, vegetation cover, and fire frequency since the arrival of Homo sapiens into Sunda (island SE Asia) and Sahul (Australia-New Guinea) sometime around 65,000 years ago. In this paper I show how detailed reconstructions of past landscapes can be derived from pollen and charcoal preserved in sedimentary records and present a review of the nature of the past environments during the span of time from when H. sapiens first encountered this landscape through to the managed and human influenced landscapes described at European contact. The new Australian Research Council Centre of Excellence in Biodiversity and Heritage in Australia aims to build our capacity in interdisciplinary studies by combining archaeological and palaeo-environmental to allow an assessment of how people adapted to changing conditions and in turn may have driven these changes.

History and language transformation in Oceania

What can the study of history bring to the reconstruction of language transformation? While historical linguistics has forged powerful collaborations with anthropology, archaeology and genetics, the relationship with history is much less developed. A series of vignettes from New Guinea and Vanuatu illustrates some of the potential of both oral traditions and documentary history in recasting questions about the evolution of contemporary language diversity in Melanesia: on the migration of the ancestors of the Agarabi-speakers and their adoption of Gadsup language in Papua New Guinea’s Eastern Highlands; on the complex layering of Melanesian and Polynesian languages in Central Vanuatu; and the distinctive diffusion after 1871 of tools, crops and terms introduced by Russian anthropologist Nikolai Miklouho-Maclay to the Madang coast.

Adjectives of emotion and their corresponding derived verbs: A typological perspective

On the competition dynamics and eco-linguistic equilibrium of minority languages: case studies from Indonesia

I discuss different variables involved in the competition dynamics of eco-linguistic equilibrium affecting the wellbeing of minority languages, based on my documentation research on minority Austronesian and Papuan languages of Indonesia. Extending the notion of ecological equilibrium to include language as part of larger co-existence and mutual interactions of humans with their natural-biological, social-cultural-symbolic, and cognitive ecologies (Haugen 1972, Næss 2008, Chen 2016, among others), I argue for the significance of symbolic social-cognitive variable for a healthy eco-linguistic equilibrium of a minority language. There is good empirical evidence from Loloan Malay (an Austronesian language spoken in western Bali) showing that small population size is not a detriment to the language’s well being in the competition dynamics in multilingual setting, and that high language vitality is tightly associated with the identity-related symbolic status of the language. Nevertheless, in the case of Marori (a highly endangered Papuan languge of Merauke) and Enggano (an Austronesian language on Enggano Island, southwest of Bengkulu), the population size with an increasingly dwindling number of speakers is indeed a critical variable, seriously affecting the equilibrium resulting in rapid language shift. In the full paper, I provide further support for the close connection of language’s well being, distinctive identities and the speakers’ dynamic ecology, and also discuss language advocacy, literacy resources and other strategies mitigating the negative effect of the competition dynamics of languages in contemporary Indonesia.

Chen, Sibo. 2016. “Language and ecology: A content analysis of ecolinguistics as an emerging research field.” Ampersand no. 3:108-116. 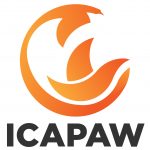 The 2019 International Conference on The Austronesian and Papuan Worlds (ICAPaW)

The dynamics of Austronesian/Papuan languages

The socio and cultural dynamics of indigeneity, heritage and identity